I'm sitting, watching the Kansas City/Tennessee game on television with my brother, his wife, and my father at the moment. My brother has his computer on his lap...well, actually...passed it on to his wife. And last night I must admit that I played a lot of Civilization IV on the computer as well...listening to nephews argue about the Wii...and later my sister and father argue about the Wii Party games. That sound like modern American Christmas to anyone else? Really, I was probably just ducking out of the 'crazy' more than being obsessed with a game.

But obviously we do live more and more of life online...via a video screen...living vicariously through sports shows, movies, video game adventures, etc.

Here is an interesting blog photo from earlier this year. I think they meant the title to be "Until the Internet do us part: how to socialize, be funny, and make friends?" 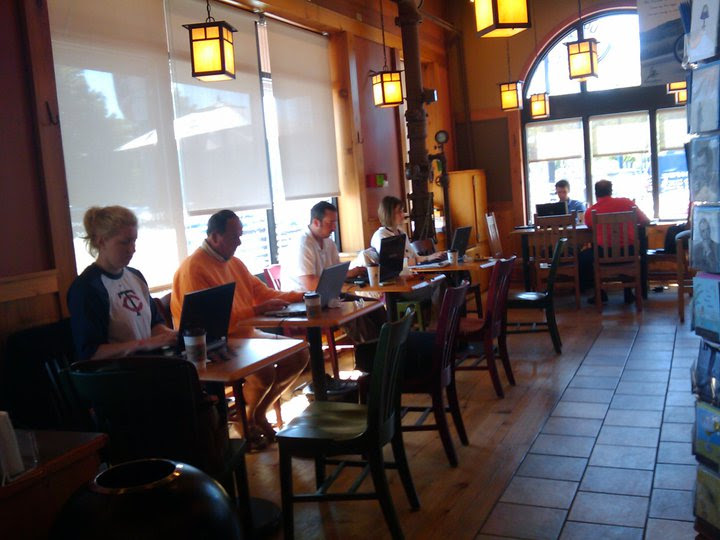 Reminds me of local coffee shops. :-/

Bonus thought: How do they superimpose the graphic on the football field on the television?
http://entertainment.howstuffworks.com/question225.htm
Posted by Evan at Sunday, December 26, 2010