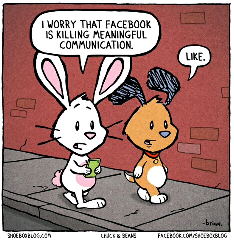 Can Seth MacFarlane Save Science?

Family Guy creator Seth MacFarlane is using his influence at Fox to team up with Neil deGrasse Tyson to bring back the show "COSMOS" in the hope to rekindle interest in science and human achievement in the United States. Suggested by MacFarlane, people today have sort of forgotten about the scientific advancements that make society and life change along with it.

We've become a society so consumed with getting government out of everything and promoting the economy and business in our society...we do forget all the achievements of humanity...most of which were NOT funded by businesses, and most of which were NOT created for the purpose of creating an industry.  Of course some very notable inventors were motivated by that...such as Edison, for example.  But most creations were people who invented because they had a crazy idea, or who wrote or painted because they had ideas, or because of a military need, or because of a engineering need for a city that the government funded, or because of raw desire for scientific exploration...again typically publicly funded.

Someone is going to point out that numbers of inventors, scientists, and artists made some money on their creations. Sure...that is completely true.  But the question in my mind is if most of these great discoveries, creations, or works of art were driven by funding from business or corporations?  Or if they were just desperate attempts to use crazy ideas to make enough to live another day, or just merely funded by public money (government) for the public interest?

Checking out this meager listing from RationalWiki, it becomes pretty clear it was the latter.

Anyway...back on topic!  Here is a Forbes interview with MacFarlane about the idea:

source: "Can Seth MacFarlane Save Science?", ForbesVideo, YouTube.
Posted by Evan at Friday, May 18, 2012 No comments:

This caught my eye from Jeri Ryan's G+ feed.  Brilliant.

SNL has their 100th Digital Short this weekend. It was shocking, and of course that was part of the point in celebrating a 100th short film...pushing the boundaries of what is allowed on late-night television.  But I have to say that I've loved a number of them as well, and looked forward to their appearance on the show.

A couple of my favorites, which are probably more off-beat to which ones most people have liked the most (like Dick In a Box, or I'm On a Boat, etc.).  My favorite of their is actually their very first Digital Short...


And my second is "Close Talkers"

Fast Food vs. Other Restaurants

As suspected by many...it isn't fast-food that should be 'demonized', but instead merely what you choose to put in your body. You always get much bigger portions of the food you order at a sit-down restaurant, and most of the materials in the food are the same as what is in fast-food.

This guy seems to suggest that for the most part, the sandwich is alright for what it is...and what needs to be avoided are tons of saturated fat (like in French-fries) and tons of sugars (like in sodas or smoothies).  Then watch the portions, and you can eat at fast-food place and still eat within a decent diet's parameters.

It is not in this video, but I recall reading another article recently that studied people's weight that were in proximity to fast-food establishments, and weight of populations just near a market.  Neither turned up any more or less weight issues based on their proximity to fast-food.  Things were about the same amount of weight issues for a population near either establishment.

Interesting information.  What do you think?

I've always been a huge fan of the Iron Man character all the way back to my childhood with comics. I have very much enjoyed the new movies with that character as well. This Iron Man costume is fabulous...complete with moving face-plate, shoulder-mounted dart guns, and flight-stabilizers on the back.